Real-Time Computing and the Evolution of Embedded System Designs 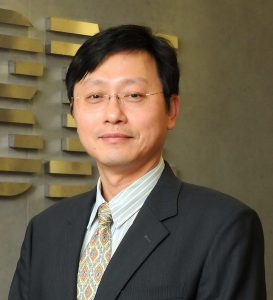 Real-time computing provides insightful ways to explore the optimization in resource usages, especially from the time point of view. Nevertheless, real-time task scheduling is recognized by its high complexity when there are non-preemptive shared resources and multiple processors. When more and more practical factors in system designs are considered, such as energy consumption and memory allocation, even some sub-problems in real-time task scheduling become intractable. Although people often criticize various artificial assumptions in real-time task scheduling, they have to admit that ideas in real-time computing and their extensions, such as tradeoff in cost, performance, energy, and even the quality of service, can be applied to multi-dimensional optimization in system designs. In this direction, we witness the rapid development of the embedded system industry and join the task force in system designs, especially mobile devices and non-volatile memory systems. Resource management on mobile devices, with a special emphasis on user experience, should not only consider the response time but also the visual perception of users. Non-volatile memory has also blurred the boundary between the memory and the storage, that enables certain unified considerations of the main memory and storage and also in-memory computing. It shows the ways to break the boundaries between hardware and software layers and have better integration of computing and memory/storage units. The advance in mobile systems and memory innovations inspire the evolution of embedded real-time computing and have also brought us insights to solutions regarding how systems should be restructured and how computing should be done. They might also provide their feedback to real-time computing and even shape the future direction of real-time computing in various innovative ways.

Prof. Kuo is an ACM Fellow and an IEEE Fellow. He is the Editor-in-Chief of the ACM Transactions on Cyber-Physical Systems and serves in the editorial board of the Journal of Real-Time Systems, IEEE Transactions on Industrial Informatics, and ACM Transactions on Transactions on Design Automation of Electronic Systems. He received the Distinguished Research Award from the Pan Wen Yuan Foundation and the 12th Y.Z. Hsu Scientific Chair Professorship in 2018, the 2017 Outstanding Technical Achievement and Leadership Awards of the IEEE Technical Committee on Real-Time Systems, the 2017 Distinguished Leadership Award from the IEEE Technical Committee on Cyber-Physical Systems, the TECO Award in 2015, the ROC Ten Young Outstanding Persons Award in 2004, the Distinguished Research Award from the ROC National Science Council/Ministry of Science and Technology for three times, and the Young Scholar Research Award from Academia Sinica, Taiwan, ROC, in 2001.